I have arrived to a week since the last doctor appointment & diagnosis...  Mood-wise, I have been really up & down lately.  I think it's mostly because I tend to surf the internet when I'm bored or trying to pass the time.  About every other day, I read happy stories, then back to horror stories.

Tuesday night I pretty much broke down....  I started feeling round ligament pains, and what felt like light cramping.  I started getting emotional for no reason, & was bawling.  My husband was there to console me, & I just started getting scared of the whole situation, whether good or bad.  I was scared to miscarry, and also scared to give birth.... I was an emotional wreck!  Josh said, "Let's just go to bed.. you might be just tired, overwhelmed, or maybe you just have to poop."
We have a little joke from a meme I read a few weeks ago.... a teacher's question to her students was "What do you do when you're sick."  One of the student's responses was, "Well, maybe you just have to poop.  Sometimes if you just go poop you feel a whole lot better."  So, now when we're feeling weird we say that to each other. lol
....and I woke up the next day feeling great.  I was in a great mood all day.  It's the weirdest thing.

Since the BO diagnosis, I have started having crazy dreams.  The first one was a nightmare - it was about miscarrying.  A few have been strange ones... like Josh hanging out with very old friends, doing cocaine, and acting angry.  A few of the last few dreams have been pretty pleasant.  This morning I dreamt I was going out on a run.  Now that I think of it, it was pretty boring.  But I remember waking up to my alarm clock, smiling.  I think the dream just made me feel good while it was happening.  I never just go on a spontaneous run... so I have no clue why something like that put me in a good mood.  It's so strange.

I also started getting some mild pregnancy symptoms back.  I would feel a slight bit of nausea.... as if I'm going to be sick, but I don't actually throw up or gag.  Brushing my teeth would sometimes initiate the feeling.  I got this symptom back yesterday... it's been 5 days since I've felt this way.  I also woke up today with some breast/nipple tenderness.  Not a whole lot, but enough to notice. I always feel tired & exhausted.  I could sleep all damn day if you let me... so that's nothing new.  I also feel bloated, and I even feel like I'm showing a little.  Now, I don't know if it's just my optimisim taking over, or what?  But, it helps me feel a little glimmer of hope.

Since I have a couple of pregnancy apps, I decided to join a few birth clubs & a December Facebook Page from the same birth club forum.  Everyday I read of another one miscarrying.  And, a few others (who are as far along as I am) have actually seen their baby after being in limbo, too.  Two women in particular waited two weeks, just like I am, and turns out they ovulated late! I cried for them!  After reading all of these stories - good & bad - I decided to bite the bullet & order an at home fetal doppler.  I was hoping it would have arrived today, but it hasn't yet.  I thought that even if this really is lost, having the doppler would help for the future.  Just so I'm not freaking out all of the time.  I know it's possible that it's too early to hear anything on an at home doppler, but I thought I'd try anyway.  Some women have heard it as early as 7 weeks with the brand I got... so I'm excited to check it out.

Again, I'm feeling really good.  No bleeding at all - not even spotting.  So, I've made it to a week. One more week to go! 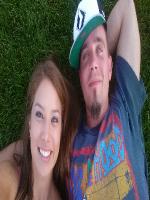