Photo of two sets of twins from one family goes viral

A photo shoot of newborn twins with their two-year-old twin brother and sister goes viral over the internet. Mother Juliet Cannici and her wife Nikki welcomed their twin girls Gia and Gemma on January 26th. The couple have another two twins, Nico and Siena. They will be three years old in April.

Like many parents, they seemed unhappy to have a baby picnic as the set up for the shoot. The eleven-day-old twins received a cute outfit and their home was transformed into photo studio. "Nico and Siena looked bored and the pictures looked terrible", says Cannici to The Huffington Post. "I was dissatisfied." 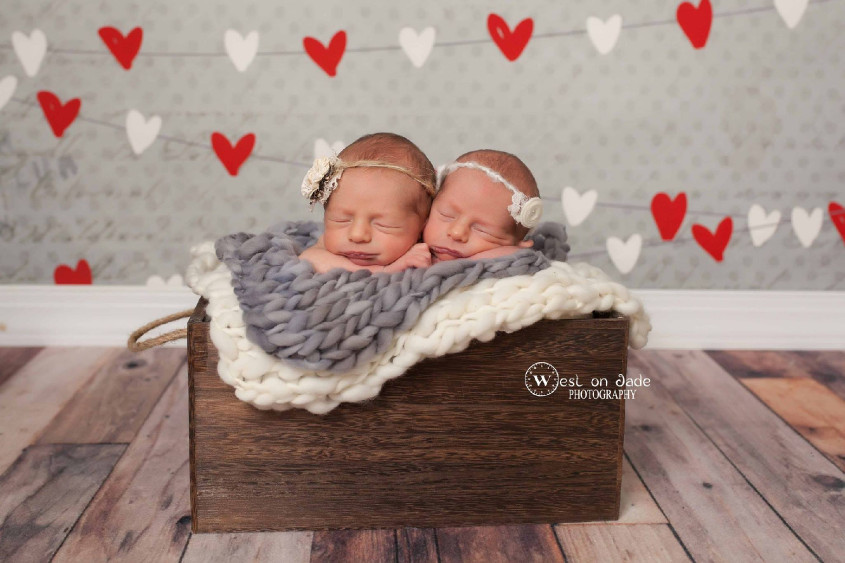 The photos are featured at West on Jade Photography.

After the twins played together, everything went much better. The specially rented clothes were returned to the closet, and only then could the great photos be taken.

We think they look so happy and fulfilled!

Beautiful idea: using your baby bump cast for a photo-shoot with baby.
Photoset: children with their enormous dogs

Beautiful photoset: this father delivered his own twins

These special twins don't have the same skin colour!