Scottish couple Alexis Brett (37) and her husband David (42) have nine sons. Now Alexis is pregnant again. And it will be a ...

It was never a plan of the couple to have so many children, they tell The Mirror. Alexis always had contraception but it never worked.

Alexis and David met each other in 1998 while working on the railways. She was the hostess, he was a conductor. Three years later, Alexis was pregnant with their first son, Campbell (now 15). Eight months after childbirth, the couple married, and not much later, Harrison (now 13) came to the world. Then followed Corey (11), Lachlan (9), Brodie (7), Brahn (6), Hunter (4), Mack (3) and Blake (1). 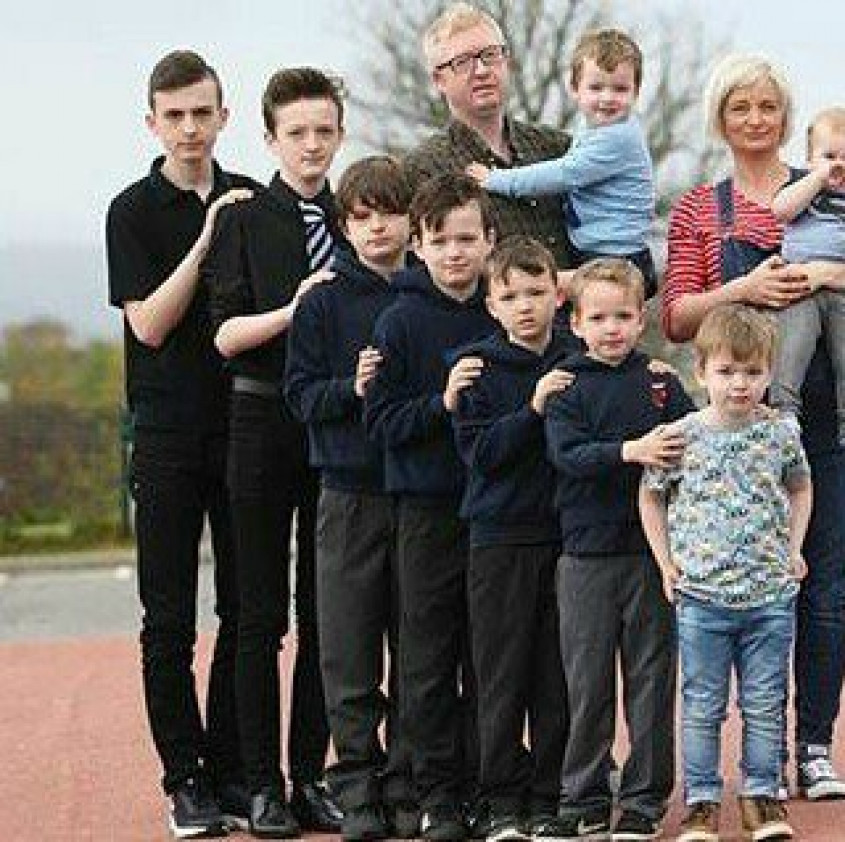 Four to ten makes no difference

The biggest step was that of two to three children, says Alexis, and that changes everything. After that it's mostly more of the same.

The couple has almost a whole football team. After pregnancy, Alexis intends to be sterilized, due to her body taking a lot of strain.

By the way, it is not a cheap hobby. Nine boys also mean: nine big eaters. The weekly grocery list of Alexis and David includes: 8 boxes of cereals, 14 loaves, 90 bags of chips, 20 apples, 20 bananas, one kilo of pasta, two bottles of shampoo and a tube of toothpaste.

10 life lessons for your son