Your pregnancy at 38 weeks

By now you are probably just waiting for signs that the birth is imminent. You might notice you have a lot more discharge than normal, perhaps a thick gloop appears. This is probably your mucus plug which gets released as your cervix prepares for labour. The mucus plug has insulated and protected your cervix for most of your pregnancy. 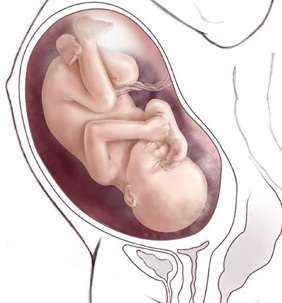 Around this time baby should weigh 7lbs and with all systems go, should be just as impatient as you for the birth. He has been practicing for months in anticipation.

All organs are fully formed and apart from eye color which will change after birth while pigment is still being formed.

The nervous system and brain functions are still being fine tuned in preparation for all the new experiences he will be subject to after birth.