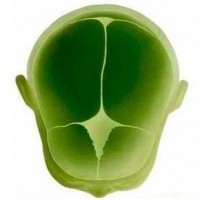 Ventriculomegaly is a brain condition that occurs in the fetus when the lateral ventricles become dilated.

In most cases, ventriculomegaly has no connection with other health problems. However, a small proportion of children may have other conditions alongside it. Severe cases of ventriculomegaly may be due to hydrocephalus, with the cerebrospinal fluid accumulating and pressing against the brain.

What causes ventriculomegaly
There are three main causes: a limited absorption of cerebrospinal fluid (cerebrospinal fluid accumulates and causes hydrocephaly), incorrect brain development, and damaged brain tissue. These three factors can increase the ventricular girth in the brain.

Postnatal: After examination of prenatal and birth history in combination with a possible family history with regard to ventriculomegaly, it can be investigated whether there are certain chromosomal abnormalities that cause the disorder.

What is the prediction for ventriculomegaly?
The vast majority of children with ventriculomegaly will follow a completely normal development without neurological problems. The ventricles contract in about a third of children. In about 6 out of 10 children, the ventricles remain large, but they do not cause problems. If the condition is not due to chromosomal abnormalities, the prognosis is excellent.

The condition of the skin of your child is often a good signifier of their health, and many symptoms of diseases show themselves upon it. Perhaps that rash is a disease, maybe heat rash or an allergy? In the guide below you will find a descripti......
(297209 x) Read more »