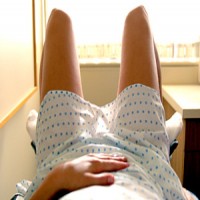 The Papanicolaou test (abbreviated as Pap test, also known as Pap smear, cervical smear, or smear test) is a method of cervical screening used to detect potentially pre-cancerous and cancerous processes in the cervix (opening of the uterus or womb).

During a smear, cells from the cervix are removed. Efforts are made to investigate whether you have a cervical cancer precursor. Using a microscope, one looks at the cells in the laboratory and what they look like. Also, we sometimes see if there are indications of infection or inflammation by bacteria or viruses.

Depending on your country, women between the ages of 30 and 60 receive a call from the general practitioner via the "cervical cancer" survey every five years. Sometimes there may be a reason to make an appearance at younger or older age, for example, if there is intermittent blood loss or unusual other complaints where blood loss often plays a role. Generally speaking, taking a smear does not hurt. It can give an uncomfortable feeling when the speculum enters and when the cells are taken away. Smears are often postponed during menstruation, pregnancy and breastfeeding. These factors make the assessment of the cells difficult.

Following an all clear on the smear, you can wait five years for your next call.