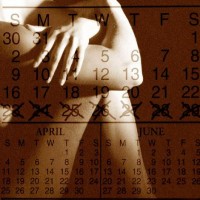 Premenstrual syndrome (PMS) covers all sorts of symptoms that occur in some women just before menstruation. About 1 in 20 women between 15 and 45 years of age suffer from PMS. This number depends on what exactly is considered PMS and what is meant by the "normal" symptoms.

The syndrome does not have to last the entire fertile period: it is also possible that it occurs after the thirtieth year of life or after having children.

Scientifically, the cause of these complaints has not yet been proven. Some believe that the change in progesterone levels in the second week of the cycle is the basis of PMS. The progesterone level may remain too low for women with severe PMS symptoms, so that the hormone estrogen can have the upper hand. Other theories look for it in the hormone prolactin, which, among other things, ensures the start-up and maintenance of milk production during breastfeeding. It is also suggested that a deficiency of vitamin B6 could give rise to PMS complaints.

Therapy
The treatment depends on the specific complaint and cause. What has long been known is that the use of the contraceptive pill often completely or partially removes the symptoms. Medicines that increase serotonin levels (such as some anti-depressants) appear to be successful in 80 to 90% of women.