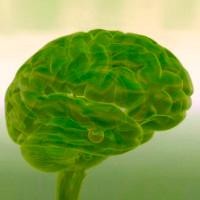 In general, epilepsy of newborns (benign ideopathic neonatal epilepsy, or BINE for short) has no adverse effects. BINE is a form of epilepsy that occurs in small children (newborns).

It is often also referred to as 'The fifth day fits', because these attacks usually start after the fifth birthday.

Cause
It is not known exactly what causes idiopathic neonatal epilepsy.

How often
Also how often this form of epilepsy occurs is not yet fully known. In all likelihood, around 1/5000 have experienced an epileptic seizure caused by this syndrome.

As mentioned, BINE is most common in babies aged 5 days, but it can also start in the first weeks after birth. The average is between 3 and 8 days after birth. Often, the small attacks stay with babies up to 3 months old, sometimes the attacks continue until about 6 months.

Diagnosis
On the basis of the testimoney of the parents and by seeing the attacks recorded on film the diagnosis can be made. When neurological examination is performed, no abnormalities are found. The behavior of babies with benign ideopathic neonatal epilepsy is the same as normal babies. The diagnosis is only really established if all other causes for epilepsy are excluded.

Therapy
Often there is treatment with medication that can prevent new attacks. Often the medication is given until the child has reached the age of 3 months, then the doctor looks to see if the medication can be reduced.

Support
It is very important to comfort and support parents of children with benign ideopatic neonatal epilepsy, in many hospitals there are epilepsy nurses who can provide this support. A psychologist or social worker can also give guidance to the parents.