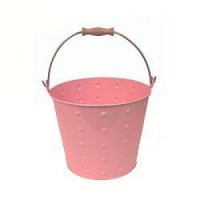 Hyperemesis Gravidarum is an extreme form of morning sickness and vomiting. Studies from England and America have calculated that HG occurs in 0.5% to 2% of pregnancies. Because of the extreme nausea and vomiting, women with HG are often unable to absorb fluid and food, causing them to dehydrate and lose weight. It is not uncommon for women with HG to lose 5% to 10% of their body weight. This causes problems with the electrolyte balance in their body (potassium, sodium), and they get ketones in their urine due to fat burning.

If you report to your doctor with extreme nausea and vomiting, he will probably prescribe anti-nausea medications. Examples include emesafene, primperan and (in extreme cases) zofran. These agents can only be obtained by prescription.

Whether you are dehydrated can be determined by the GP, midwife or gynecologist by measuring the ketone level in the urine. This is done with a 'dipstick' that is held in the urine. A hospitalization is unavoidable in case of dehydration. Women with HG are then treated with an infusion of fluid, this will rehydrate them and women often feel a lot better. Dehydration in itself can also lead to nausea. During the intake, care will again be taken to build up the intake of fluids and food. If this goes well, the recording will be completed. Unfortunately, the elimination of dehydration does not lead to improvement of their symptoms in all women. They will sometimes also receive tube feeding.

Women with HG often notice an improvement in their symptoms around the 20th week of pregnancy. Unfortunately, this is not the case for all women, slightly less than half of the women with HG suffer from this for longer, sometimes until the birth.

In addition to nausea and vomiting, HG has other characteristic symptoms including:

HG has a large physical and mental impact on women who suffer from it. Because of the different symptoms women with HG are severely hindered in their daily activities, they are often unable to work and sometimes they also need care. Furthermore, the persistent feeling of nausea and vomiting can make you doubt the pregnancy and some women feel that they can not handle it. These feelings are common and it is very important to talk about this with your partner and your caregivers.

The condition of the skin of your child is often a good signifier of their health, and many symptoms of diseases show themselves upon it. Perhaps that rash is a disease, maybe heat rash or an allergy? In the guide below you will find a descripti......
(297224 x) Read more »