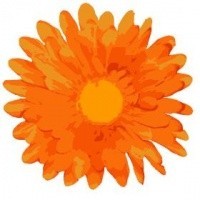 The terms "repeated miscarriage" or "habitual abortion"  apply when a woman has three or more miscarriages in succession without a healthy pregnancy in between.

A miscarriage occurs in 90% of the cases in the first 16 weeks, and 80% in the first 12 weeks. In many miscarriages that occur spontaneously around the 12th week, the baby has already stopped growing. It is quite normal that there is a week or two in between. If you see a heartbeat with an ultrasound scan of 10 weeks pregnancy, there is a good chance that the pregnancy will continue healthily.

A repeated miscarriage can have various causes. Often the cause is a blood clot problem, also called Protein C (APC) deficiency and Protein S (APS) deficiency.
APC and APS stands for activated Protein C / S. This is an enzyme that becomes active when blood clotting must occur. This protein is produced in the liver and is dependent on vitamin K. With a Protein C or S deficiency we are dealing with a different situation. The body in this case does not make enough APC and APS. This is a defect in a protein due to a chromosomal aberration.

Symptoms
Protein C deficiency and Protein S deficiency do not always have to cause symptoms. You do have an increased risk of thrombosis and in rare cases a pulmonary embolism. Women can develop thrombosis in the placenta during pregnancy. In rare cases, the baby does not get the necessary nutrients and in the worst case the foetus dies. Usually this happens around the 6th-8th week of pregnancy.

Thrombophilia and pregnancy
Women with thrombophilia have a higher risk of complications such as pre-eclampsia, deep vein thrombosis, intra-uterine growth retardation, miscarriages and preterm labor than normal.

Whether a preventive treatment with heparin (anticoagulant) during pregnancy reduces the risk of complications is not entirely clear. In women with recurrent miscarriage as a result of the anti-phospholipid syndrome or a hereditary antithrombin deficiency, research has shown that an anticoagulant treatment during pregnancy (with low dose aspirin and / or heparin) significantly improves the chances of a living child.