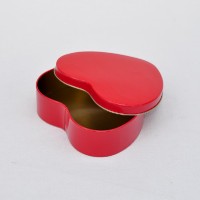 How is a curettage performed?
A curettage is usually performed under very light, general anesthesia, in the outpatient clinic of a hospital. Sometimes a day admission is required. When anesthesia is applied, only the lower half of the body is numbed, or a local anesthetic is given. Discuss with your gynecologist and the anesthetist what options there are.

During the curettage, a layer of the uterine lining is scraped off. This tissue is sent to the laboratory for further investigation. If there are polyps (proliferation of the mucous membrane) in the uterus, they are also removed.

Monitoring
The gynecologist makes an appointment with you for follow-up. During that check, it will then be checked whether you have fully recovered from the procedure. The doctor will also discuss the results of the microscopic examination with you. A curettage can provide a lot of information. It depends on the result whether you need to be treated further or not.

Home again
It is possible that after the curettage you suffer from painful abdominal cramps; you can take painkillers for this. The first ten to fourteen days after the operation, some slight bleeding can occur, just as with a normal period. Sex is only allowed again after the bleeding has stopped. Tell your doctor immediately in case of fever, abdominal pain that persists for more than two days after the curettage and / or becomes more severe, and in case of severe blood loss.

Menstruation and the contraceptive pill
In general, the next menstruation will be on the day that you would normally expect. After an abortion or treatment of an incomplete miscarriage, menstruation may take longer to arrive. Usually menstruation occurs after five or six weeks, sometimes even later. In the meantime, you may occasionally lose a bit of blood. After the first menstruation you can in most cases just start the pill again. Discuss this with your doctor.