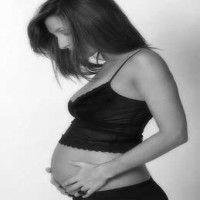 Irritable bowel syndrome, also called IBS, is a chronic bowel disease. It is a benign but annoying illness. Previously, the disease was also called spastic intestine or spastic colon.  Studies show that up to 20% of the population could have IBS. Of these, no less than 75% are women. The symptoms can worsen especially during pregnancy.

Symptoms
IBS is caused by a disorder in the function of the gastrointestinal tract. The disorder relates to the movement of the intestine. The complaints you experience with IBS can vary per person and even per day. You can have complaints for months on end, but you also experience periods in which you hardly have any complaints.

Characteristic of IBS is a nagging, cramping or stabbing pain in the abdomen. The pain is not standard in one place, but can be felt anywhere in the abdomen. This pain can decrease after bowel movements and sometimes after a meal. IBS can have varying symptoms between sufferers - one may suffer constipation, others suffer from diarrhea, but there are also patients where constipation and diarrhea alternate.

Therapy
Usually you are referred to a dietitian and you will receive certain eating / lifestyle advice. It is recommended to drink enough, eat a lot of fiber and exercise sufficiently. Drugs can be prescribed, however, many drugs are not suitable for the long-term and are only temporarily prescribed for relief. A real medicine especially for IBS is not available.

IBS and Pregnancy
During pregnancy the intestines have less space, they are slightly stretched and under the influence of hormones the bowel movement slows down. Because the intestines of women with IBS are already very sensitive, chances are that they respond strongly to the changes during pregnancy. Often complaints of constipation get worse.

Talk to your midwife if the symptoms get worse during your pregnancy, unfortunately there is not much you can use during pregnancy, but rest can reduce the symptoms of IBS! Your midwife can give you more tips to make the complaints more bearable. Pay attention to yourself, IBS may be innocent, but can give very annoying symptoms, which you can limit in your life.

The condition of the skin of your child is often a good signifier of their health, and many symptoms of diseases show themselves upon it. Perhaps that rash is a disease, maybe heat rash or an allergy? In the guide below you will find a descripti......
(296837 x) Read more »