Gender of the baby

Information > Gender of the baby 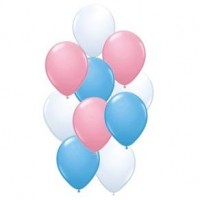 Dr. Landrum Shettles was a pioneer in fertility techniques. He was involved very early in experiments in which ova could be fertilized in a laboratory. He has also researched for years to influence the sex of babies. He also wrote a book about it, which we have provided a very brief summary of.

X and Y
A man produces 2 types of semen: X (female) and Y (male). According to Dr. Shettles studies are Y sperm smaller and weaker than X sperm, but faster than X sperm.
Knowing this, there are some things you can do to influence the chances of getting a boy or just a girl:

Timing of the intercourse
The most important of all is the timing of the intercourse during the menstrual cycle. If you have sex closer to ovulation, the chance of a boy is greater. This is because the Y sperm is faster and can therefore pair faster with the egg. If you have sex 3 or more days before ovulation, then the chance of getting a girl is greater because much of the weaker Y sperm has already died. Approximately 48 hours before ovulation is about the turnaround and the chance becomes 50/50.

Female orgasm
Women's orgasm can also be important. This has to do with the pH, the acidity. When a woman has an orgasm she creates a substance that makes the environment less acidic. This is in favor of boys. Shettles recommends not having orgasm if you want a girl.

Coffee
If you want a boy, the man can take a cup of coffee right before the sex (with caffeine). Shettles did not know exactly how and why this works, but it gives Y sperm an injection of energy!

Showering
At the end of his book, Shettles recommended that you should not shower before sex if you want a boy, because it creates a higher vaginal acidity in favour of female sperm cells.

- The time when the ovulation takes place. The three most common methods for determining this are:
(1) measuring your basal body temperature (BLT);
(2) Keep track of changes in your body
(3) using an ovulation test.

- In general, fertility increases when you have sex around the time you ovulate. Deep penetration during ejaculation also helps, a female orgasm increases fertility, and men can wear loose underwear and stay away from hot baths and showers.

The condition of the skin of your child is often a good signifier of their health, and many symptoms of diseases show themselves upon it. Perhaps that rash is a disease, maybe heat rash or an allergy? In the guide below you will find a descripti......
(295808 x) Read more »