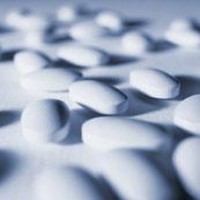 Several studies have concluded that a low dose of aspirin during an IVF treatment increases the chance of implantation as a result of a better blood flow of the uterus. However, a Dutch study was also conducted among 169 women in which this positive effect was not measured. This effect was not demonstrated in several foreign studies (more than 1,500 women). `More research is needed` is a frequently heard.

Clomid is the most well-known fertility drug. It is easy to use (taken as a pill, not an injection), has few side effects, it is relatively inexpensive and is in many cases efficient in promoting ovulation.

Decapeptyl suppresses a woman's own hormone activity so that the body itself has virtually no influence on the production of egg vesicles. This is regulated at a later stage by another hormone (Gonal-F). Daily injections in the lower abdomen, alternating on the left and right with Decapeptyl, are started from week 3 of the cycle. The medicine can cause headaches and fatigue.

The hormone Gonal-F stimulates the maturation of egg cells and the release of a number of egg vesicles that can grow into suitable egg cells.

Gonal-F can also be used in combination with other hormones to initiate ovulation in women who do not ovulate due to a very low production of fertility hormones.

Lucrin ensures that the testosterone production of the woman is suppressed. This hormone is used to ensure that ovulation can not occur spontaneously during treatment at an undesirable time. This medication is administered with an injection once a day during the third week of the cycle.

This is used, among other things, at the start of the pregnancy to support the so-called luteal phase. Menogon is prepared, among other things, from the urine of women after the menopause. It contains follicle-stimulating hormone (FSH, stimulates the maturation and release of the egg cell) and luteinizing hormone (LH, stimulates the production of estrogens needed for the release of the egg cell). In the male HMG stimulates the formation of male sex hormones such as testosterone by the so-called cells of Leijdig cells.

In the absence of ovulation and insufficient follicular maturation, Menopur is used, where other treatments have failed. The sperm quality can also improve in the male. Menopur can also be used to grow more follicles for in vitro fertilization (IVF) and intracytoplasmic injection (ICSI).

Ovitrelle is used by women who rely on artificial reproductive techniques. First, other drugs are given to initiate the growth and development of multiple follicles that produce oocytes. Ovitrelle is then given to make these follicles mature. The patient is advised to have intercourse on the day of Ovitrelle injection and on the following day. May cause nausea and vomiting.

Pregnyl is obtained from the urine of pregnant women. The hCG has the same effect on the body as the luteinizing hormone (LH), which is produced in the pituitary gland of men and women. The pituitary gland is a small hormone-producing gland, located at the bottom of the brain. LH regulates together with another hormone derived from the pituitary gland, the follicle-stimulating hormone (FSH), the functioning of the sexual organs (ovaries in the woman and testicles in the male). These hormones are necessary for the normal growth and maturation of egg cells and sperm cells.

Profasi provides the final phases of the egg cell maturation, usually after treatment with Serophene. Approximately 40 hours after a propasi injection, insemination takes place in the IVF center. Profasi is also used after transfer of an embryo. This should ensure that the uterine lining is thick enough for implantation.

In the context of fertility treatments Progestan is prescribed to prepare the uterine lining for implantation. This is necessary because the own hormone production is shut down by other medications, and as a result, sometimes too little of this hormone can be made. Progestan is taken for about 12 days.

Proxeed is a dietary supplement for men. It has been developed to support the quality of sperm, using ingredients that contribute to the metabolic processes in those cells that produce sperm.

A treatment course with Puregon stimulates the development of follicles in the ovary. This is an important step in various fertility treatments such as in-vitro fertilization (IVF), intracytoplasmic sperm injection (ICSI) and ovulation induction. Puregon is available in various versions, including cartridges for use with the Puregon Pen and solutions for injections. The injections can easily be administered at home, or possibly in a clinic by a nurse or a doctor.

Serophene is just like Clomid and is a brand name for the fertility drug `clomiphene` citrate.

Zoladex is used, among other things, in treatment against moderate and severe endometriosis.