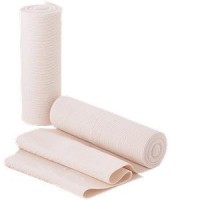 Bleeding and wounds sometimes go beyond abrasions. It is therefore good to know what you have to do and what you should pay attention to in order to help your child as well as possible.

Internal bleeding
Internal bleeding can occur due to rupture or injury of internal organs. An example of this is if your child has received a blow to the chest or abdomen.
You may then notice the following complaints with your child;

Proceed as soon as possible to the emergency department of the hospital, or call an ambulance if you suspect an internal bleeding. Always raise a bleeding body part.

Nose bleeding
A nosebleed is common in children and is usually harmless. If the nose does bleed, gently squeeze the lower part of the nose. Do this for at least 10 minutes.
If your child's nose still bleeds after this time, something else may be going on. Call the doctor or go to the emergency department of the hospital.

Scratches and abrasions
Carefully clean the wound (s) and cover them with a sterile gauze. With superficial abrasions it is better not to do anything about it. If you suspect, for example, glass or dirt in the abrasion (or it's a larger wound), it is better to go to the doctor or to the emergency department of the hospital.

Punctures
In case of puncture wounds in children it is important to go to the doctor or to the emergency department of the hospital. Usually the wounds are only superficial and take care of themselves, but sometimes there can be deeper wounds. There is also the risk of contamination, which cause an infection deep in the wound. Stabbing can be caused by, for example, nails or knives.

Bruises
Bruises are wounds that are caused by, for example, impacts. It depends on the impact and the position of the body whether they are severe or not. In the following cases, you should contact the GP or go to the hospital's first aid:

The condition of the skin of your child is often a good signifier of their health, and many symptoms of diseases show themselves upon it. Perhaps that rash is a disease, maybe heat rash or an allergy? In the guide below you will find a descripti......
(297208 x) Read more »